It's safe to say that Apple has released a ton of products in 2020, including three new iPads: iPad Pro, iPad Air, and the standard iPad (eighth generation). Each tablet not only comes in different sizes but is also equipped with a different processor, and a variety of storage configurations. So, you might be a little confused about which one to purchase.

Depending on the iPad and its particular capabilities — whether that's simply for using apps and web browsing or for more advanced use cases like editing video or photography — starting prices can range between $329 to $1,149. Clearly, you'll want to choose the one that best fits your needs (and budget).

Which iPad has the best design?

Out of all three iPads, the iPad Air and iPad Pro look the most similar to one another, with both devices featuring Liquid Retina displays and minimal bezels. There are a few differences, however, that set these tablets apart — namely, size and cameras.

Though both the iPad Air and iPad Pro have 7-megapixel front-facing cameras, there is one crucial difference to note: The Pro uses the same TrueDepth camera as the iPhone 12 lineup, so you can use Face ID to unlock it each time. The iPad Air only has a FaceTime HD camera, meaning you'll have to rely on Touch ID and your fingerprints to unlock it.

On its back, the iPad Pro houses a 12-megapixel sensor with a 125-degree, 10-megapixel ultra-wide lens. There's also a LiDAR scanner for augmented reality which allows compatible apps to load faster and work better. The Air, by comparison, only has a single 12-megapixel wide-angle rear camera.

Speaking of the 8th-generation iPad... With its 10.2-inch Retina display bordered by thick bezels, and the presence of a physical Touch ID button, it certainly looks the most dated out of the bunch. It also packs a comparatively meager camera setup, with a 1.2-megapixel front-facing camera and an 8-megapixel wide-angle rear lens, and comes in either silver, gold, or space gray.

Out of all three, the iPad Air certainly wins this round.  For starters, its build has been fully refreshed with a new all-screen design that combines the lock button and Touch ID button into one. Its 10.9-inch display is also a good in-between size compared to the other two iPads which can feel either too big or too small. And, it's available in more fun colors, which is always a huge plus.

Which iPad is best for shooting photos and video?

The iPad Pro easily wins this category. It has the most complex camera system of the three 2020 iPads with its 12-megapixel main sensor and 10-megapixel ultra-wide angle lens on the back. The Air and iPad (8th-generation), by contrast, each only have a single rear-camera sensor.

This Pro imaging setup not only allows you to capture higher resolution shots, but that ultra-wide angle sensor gives you more creative freedom to capture more in each shot. Additionally, it's the only iPad of the bunch that allows you to record footage in 4K. And, to add to those capabilities, its 7-megapixel front-facing camera also comes with Portrait mode. That way, in addition to standard photos, you can also take shots with bokeh effect.

Which iPad has the better processor?

Under their respective hoods, all three iPads have different processors: The standard iPad (8th-gen) features an A12 Bionic chip, the iPad Pro has an A12Z Bionic chip, and the iPad Air has an A14 Bionic chip. Now, understandably, that might not mean much to you, so allow me to break it down.

At this point, the A12 Bionic chip is two years old so you're not getting the most updated processor when you buy the 8th-generation iPad. That doesn't mean it's not a capable machine — it runs iPadOS 14, Apple's latest tablet operating system, out of the box. Still, it may not enjoy the same software update support as the iPad Air, which runs on Apple's latest chip. And considering the standard iPad is best suited to basic tasks like web browsing, video streaming, and some some light photo editing, its relatively ancient A12 chip should power you through just fine.

Now, here's where things get a little tricky: The iPad Pro's A12Z chip and the Air's A14 chip both launched in 2020. So, yes, the Pro and Air run on the latest chipsets you could possibly get in a 2020 iPad. The Pro's A12Z, with its 8-core CPU and 8-core GPU, can handle heavy multitasking, including editing 4K footage. By contrast, the Air's A14 chip has a 6-core CPU and 4-core GPU, but is still powerful enough to handle tasks similar to the Pro.

Yes, I know: the more cores, the better. But since the iPad Air packs the more recent chip, which is the same one that powers the entire iPhone 12 lineup, it's going to take this round. That's not to say the iPad Pro isn't a powerhouse — it very much is. The Air will just likely enjoy more robust update support well into the future.

Which iPad has the best battery life?

Judging any device based on battery life is always a bit difficult because that longevity (or lack thereof) very heavily depends on personal usage. For this comparison, we're going to rely on Apple's claimed battery life for all three iPads (which is actually the exact same for each one): up to 10 hours of web browsing on Wi-Fi or watching video, and up to 9 hours when doing both those things on a cellular data network.

When I reviewed the 12.9-inch iPad Pro, I found I was able to squeeze about seven hours out of it on a typical workday. But since I mainly only used it for word processing and messaging apps, I can't promise that those of you performing more intensive tasks will get the same amount out of it.

While I haven't fully reviewed the new iPad Air or iPad (8th-generation), it's likely you'll get the longest battery life out of the latter since it's the smallest of the three and has less to power. That means you probably won't be running power-intensive tasks much like you would on the iPad Pro or even the iPad Air.

If claimed battery life varied, then we'd be able to crown a winner more confidently. But again, this one all depends on the user, so we're going to declare this one a tie.

Which iPad has the most storage?

Storage is always super important to consider before purchasing any device since content needs vary from person to person. Plus, it also has a big impact on the final checkout price, too, and if you need more, it's not expandable. So you have to choose wisely and pick the right iPad to suit your habits.

It's clear this category goes to the iPad Pro since it offers the largest amount of storage overall with a wide variety of configuration options. That doesn't necessarily mean it's the best option for you, though. The Pro is made for those who are most likely importing large photo and video files which quickly eat up the amount of available storage space. For everyone else with less demanding storage needs, you'll be just fine with one of the lower level configurations from the "lesser" iPads.

Which one is best for remote learning or working from home?

With the pandemic still going on, it's likely that your home has doubled as a classroom or an office for the time being. For this reason, you might be looking for a reliable iPad to power you through school days and/or work days. The iPad Air is more than capable for either of those scenarios.

For starters, its display is large enough to comfortably stare at all day while getting work done (whether you're filling out Excel sheets or highlighting text in an eBook) and the 7-megapixel front-facing camera is solid for video conferencing. It's also compatible with the Magic Keyboard case, allowing you to switch from tablet to full-blown laptop mode in seconds, while the Apple Pencil makes it easy to take notes. Plus, that A14 chip will easily get you through heavy multitasking, regardless of how many apps and programs you swap back and forth between throughout the day. 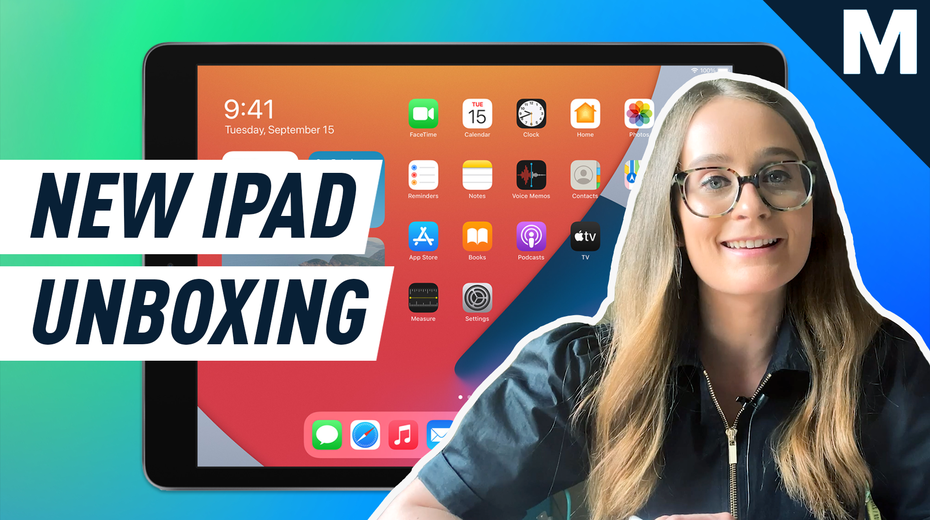 Which iPad is worth the money?

You really can't go wrong with any of these iPad models — each one came out just this year.

The iPad (8th-generation) is more suited for folks who are looking for a simple and affordable tablet, and not those looking for the bleeding-edge in tech.

The iPad Pro, on the other hand, is more of a niche product for creative professionals who require a powerful and portable machine. Its dual camera and LiDar sensor are nice perks to have, but they won't find favor (or much regular use) with most average consumers.

That brings us to the iPad Air. It's a great option for any consumer with basic productivity and entertainment needs (i.e., web browsing, streaming video, light photo/video editing), and it's guaranteed to enjoy longer-term software support from Apple. Plus, it comes with just the right amount of features, a single camera, the latest processor, and a large display, that you'll get the most out of each day, allowing you to feel content about spending over $600 on an iPad.

You guessed it: The iPad Air takes the crown for sheer versatility. Not only does it have the latest design and chipset, but its size is excellent if you're looking for something that's easily portable, comfortable to hold, and lightweight. It's also compatible with all of Apple's newest accessories like the Magic Keyboard and second-generation Apple Pencil.